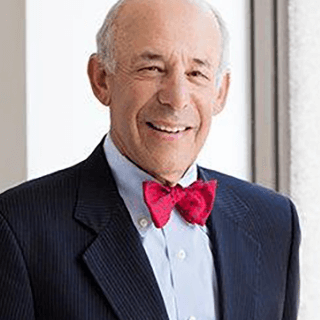 As Joint Committee Chief of Staff from 1991 through 1993, Hank was the nonpartisan primary adviser to the House Ways and Means and Senate Finance Committees concerning the technical, economic, and revenue aspects of tax legislation. Hank also served as Deputy Tax Legislative Counsel in the Treasury Department Office of Tax Policy, where he received the Treasury Exceptional Service Award. He was a Professor of Law at the University of Pennsylvania Law School and Associate Professor of Law at the University of Virginia Law School (1980-1989). He was the Principal in Charge of KPMG’s Tax Legislative and Regulatory Service Group from 1999 to 2015 and has been a partner in several law firms.

Hank has written extensively in the wealth transfer tax area, has testified before Congress, and was the Reporter for the ALI Generation-Skipping Transfer Tax project. He has represented clients in legislative and administrative matters throughout his career before the Congress, the Treasury Department, and the Internal Revenue Service.

Hank received his undergraduate degree from the Woodrow Wilson School of Public and International Affairs at Princeton University, a BA degree in Jurisprudence from University College, Oxford University, and his LLB degree from Harvard Law School.

About Us: Ivins, Phillips & Barker, founded by two of the original judges on the United States Tax Court in 1935, is the leading law firm in the United States exclusively engaged in the practice of federal income tax, employee benefits and estate and gift tax law. The firm’s lawyers are nationally recognized to be among the best and brightest in the country. Our decades of focus on the intricacies of the Internal Revenue Code have led numerous Fortune 500 companies, as well as smaller companies, tax exempt organizations, and high net worth individuals to rely on the firm for answers to the most complicated and sophisticated tax planning problems as well as for complex tax litigation.

THE TAX OUTLOOK FOR 2021: AN INTERIM REPORT

PRESIDENTIAL UPDATE: TAX PLANNING FOR 2021 AND BEYOND

A REVIEW OF THE CURRENT INDIVIDUAL AND BUSINESS TAX PROPOSALS

THE 2017 TAX ACT: HOW WE GOT THERE, WHAT DOES IT MEAN, AND WHAT HAPPENS NEXT