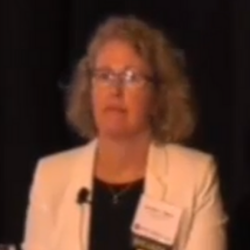 Prior to this assignment, Jennifer served as Assistant to the Director for the Treaty and Transfer Pricing Operations and was responsible for supporting key programs and strategies in the transfer pricing and treaty administration practice areas.

She previously served as the Acting Director Field Operations, Transfer Pricing Practice and was responsible for transfer pricing examination work across the country. Jennifer also served as the Program Manager for the Treaty Assistance and Interpretation Team and in that role, she supported the overall mission of the U.S. Competent Authority and was responsible for all matters and cases arising under U.S. tax treaties involving double taxation, residency issues, and treaty benefits. She built relationships with U.S. tax treaty partners and engaged in face-to-face negotiations of complex tax treaty interpretive matters with representatives of foreign tax administrations.

Prior to working in LB&I, Jennifer served as a Senior Attorney-Advisor to the Deputy Commissioner for Services and Enforcement. In that role, she worked on a variety of projects including the Service’s Offshore Voluntary Disclosure Program and the Streamlined Filing Compliance Procedures.

Before joining the IRS in 2010, Jennifer was a Trial Attorney in the Department of Justice, Tax Division handling civil tax cases, including refund and collection suits, tax shelters, injunction actions, FOIA complaints, and bankruptcy disputes.