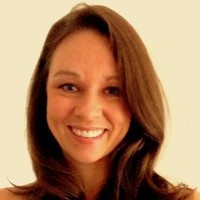 Originally from Mississippi, I moved to Fairbanks, Alaska in 2006. I started working for and then became a principal at Robinson & Ward, PC (previously Robinson & Associates, PC). In addition, I have been an Adjunct Instructor at the UAF Community and Technical College since 2008 in applied accounting. I have been fortunate to have been selected for and graduated from several leadership academies, including the AICPA Leadership Academy and the AKCPA Leadership Academy. I was also selected as 2018, 2017, and 2016 Top 40 Under 40 in the Accounting Profession by the CPA Practice Advisor magazine.

I currently serve as Chair of the Board of the Alaska Society of CPAs and also serve on several committees at both the Alaska CPA and national AICPA level. I also have the privilege of being a part of the AICPA Student Recruitment Committee, AICPA Financial Literacy Commission, and the PCPS Young Owners/Decision Makers Networking Group. I’ve volunteered to help with judging in the AICPA Accounting Competition, review applications for their Legacy Scholars program, and have been a coach for Scholars.

I have had the pleasure of presenting both in my community and nationally in financial literacy, small business and personal development, and money management sessions.

About Us: From bookkeeping to tax prep, we’ll take care of you and your business. With hands-on training and a highly skilled staff, we strive to provide thoughtful, thorough services that will set your mind at ease and guide you along the path to financial success.